History of The Monroe Street Cemetery

Monroe Street Cemetery has remained public under three jurisdictions: Brooklyn Township, Ohio City, and Cleveland. Brooklyn Township acquired its cemetery when Josiah Barber and his brother-in-law, Richard Lord, sold part of lot no. 69 in the Lord & Barber Subdivision in January 1836 for $160, to be used “forever as a public burying ground.”

When Ohio City was incorporated on March 3, 1836, the township cemetery became the city cemetery, although perfecting its title was accomplished by another deed (1841). The Ohio City council legislated rules and regulations, appointed a sexton, and arranged for systematic platting, as well as for the purchase and storage of a hearse. When, in 1854, Ohio City was annexed to Cleveland, the cemetery became simply known as “the west side cemetery.” Until the late 1890s, it was Cleveland’s only west side public cemetery. When Cleveland opened West Park (1900) on Chestnut Ridge Rd., the dearth of west side burial sites was alleviated. Still, Monroe Street, taking over 400 burials annually, went into the 20th century as the second busiest municipal cemetery, after Woodland Cemetery. Under Cleveland’s charge, Monroe Street Cemetery, which became the more frequently used name, was ornamented with walks and plantings, protected by a patrolman, and fenced during the 19th century to keep out wandering hogs.

Though there are many interesting characters buried here, some of whom were prominent in the early days of the City of Cleveland, Monroe is primarily the burial place of ordinary persons who, with the sweat of their brows, made Ohio City and Cleveland grow and become a major metropolitan area. Ethnic heritages from England, Ireland, Belgium, and Germany are predominant but Hungarian, Dutch, Scottish and other backgrounds are found throughout the cemetery. The story of early life is told here; children dying at a young age; deaths from pneumonia, cholera, diabetes, scarlet fever, tuberculosis, drowning and even murder. Life expectancies were much shorter than today and many husbands and wives died at an early age. Many newborns did not survive birth and are buried here simply identified as “baby” or with a marker that does not contain a name.

Amid the Monroe Street mausoleums and headstones made of granite, marble and sandstone stand 29 unique, blue-gray colored markers which, when tapped, emit a hollow, metallic sound. These markers, made of “white bronze,” are truly a Victorian era phenomenon. Varying in size, shape, and decoration, they were all produced within a forty year time span, ca. 1873 to ca. 1913 but are not found universally since many cemeteries banned their use.

In the mid 1870s, the Monumental Bronze Company, a foundry in Bridgeport, Connecticut, began experimenting with metals looking for a way to create metal markers which would not allow lichen and mosses to grow on them (as they do on granite) nor erode as often happens to marble. The foundry was also interested in finding a metal and method which would allow designs that would attract people of the Victorian era.

By the end of the decade, the company had refined a formula for making marketable memorials from zinc. Separate pieces were cast in sand. Then they were clamped together and fused by pouring boiling zinc along the joints. In order to give the monument the texture of granite, it was sandblasted. It was then brushed with a chemical which immediately produced the distinctive blue-gray color of the metal.

The markers were made in Connecticut and by subsidiaries in several other cities on the East Coast and in the Midwest. Salesmen using catalogs showed customers the variety of monuments which were available. These models varied greatly in size, style and decorations. Panels were available to buyers. These panels could be decorated with a wide variety of designs including various flowers, anchors, crosses, etc. They also held the information concerning the person commemorated. Once ordered, these panels were attached to the selected monument by screws with ornamental heads.

After the memorial and panels were chosen, the monument was made and shipped from the foundry. The cost of the marker was usually less than one made of stone and prices varied from $2.00 to $5,000. They were also much lighter so that shipping costs were less and they were much easier to handle and install.

White Bronze memorials reached their popularity peak in the 1880s-1890s. The popularity was short-lived. By the turn of the century only the original foundry still made the monuments. During World War I, metals were primarily being used for war purposes. In 1939 the company was liquidated. 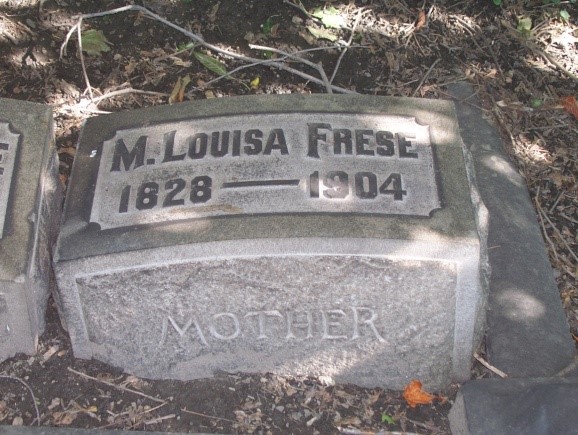